Almost 30 years after the Chernobyl nuclear accident and 4 years after the Fukushima accident, their radioactive releases remain of interest mainly due to the long half-lives of many radionuclides emitted. Observations from the terrestrial environment, which hosts radionuclides for many years after initial deposition (e.g. at least 10 years for 137Cs), are important for health and environmental assessments. Furthermore, such measurements are the basis for validation of atmospheric transport models and can be used for constraining the still not accurately known source terms.

For this reason, there is a critical need for open data policy after accidental releases. It is therefore difficult to understand why not all observations from all European countries are available in the database created after the Chernobyl accident, despite the fact that they have been used by the official authorities to create deposition maps such as the “Atlas of caesium deposition on Europe after the Chernobyl accident” (Atlas). Unfortunately, the Atlas (shown below) is not available in digital format, and less than 1% of the data underlying the deposition of 137Cs released are publicly available. The remaining data are neither accessible nor traceable to specific data providers and a large fraction of these data might have been lost entirely. 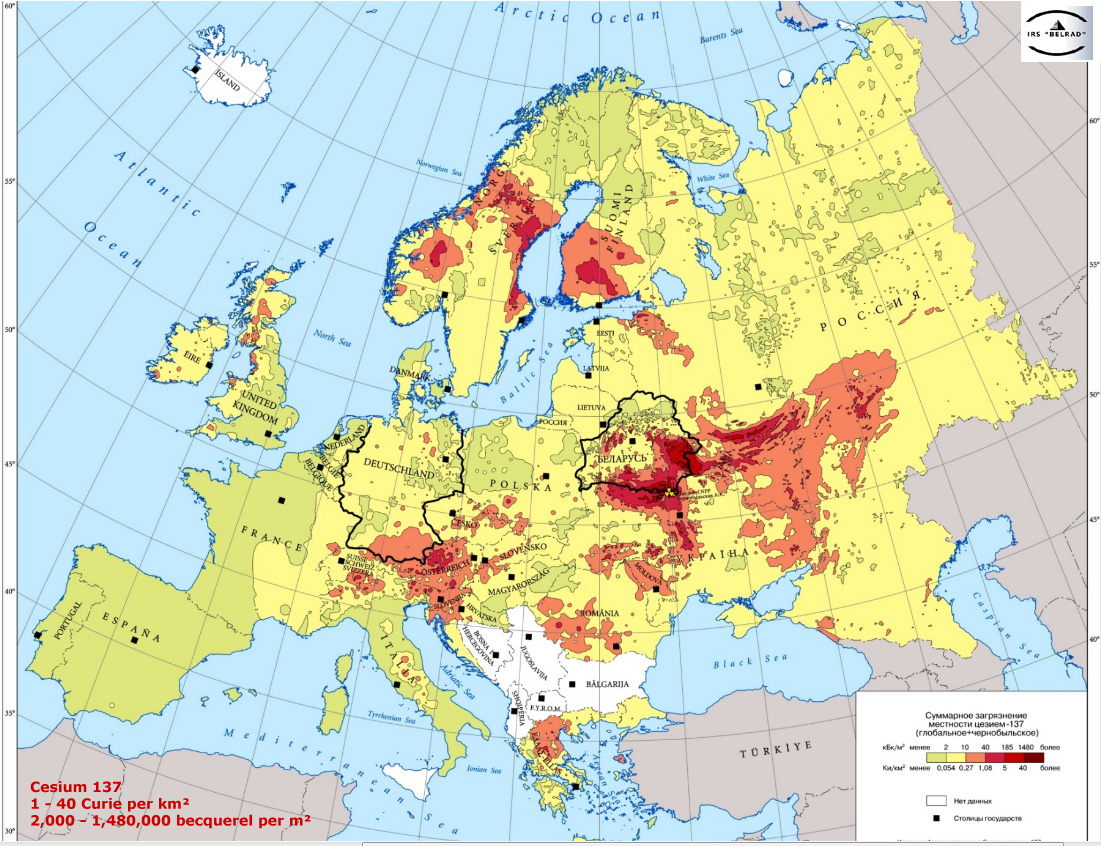 This website presents an effort to rescue some of the data collected over the years following the Chernobyl accident and make them available. Our database includes measurements of surface air activity concentrations and deposition densities for 131I, 134Cs and 137Cs (also referred as “radiocesium”).

Please request access to the “Restricted data” by registering at the login page. More details can be found there.

Please note that we request coauthorship in future publications using this database.

We encourage further inputs to the database by research groups worldwide.

Please send an e-mail to info-radio@nilu.no.